Learn how The ONIX Corporation’s dehydration systems can serve the food industry and help process bananas and their by-products.

Bananas are a commonly known fruit produced by large herbaceous flowering plants in the genus Musa. More specifically, bananas are considered a berry. In countries outside of the United States, bananas that are primarily used for cooking are known as plantains, while the typical bananas that are eaten raw are known as dessert bananas. Bananas have many variations in size, color, and firmness, but it is almost always  elongated and curved with a soft flesh that is rich in starch and covered in a rind. The colors can vary from green, yellow, red, purple, or brown when they are considered ripe. Bananas grow in clusters that hang off the top of the plant.

Musa species are native in to Indomalaya and Australia and are known to have been first domesticated in Papua New Guinea. They are also used to make fiber, banana wine, and banana beer. The largest producers of bananas are India and China which accounts for 28% of the total production world-wide.

It’s hard to differentiate between bananas and plantains, but there are a few distinctions that most people have grasped onto that seem to have been accepted. Typically in Europe and America, a banana is considered soft and sweeter than its alternative and is usually referred to as a dessert banana. These dessert bananas come from the Cavendish group which includes what most think of when they think of a banana; the soft, yellow, sweet banana that most people get when out shopping. Plantains are typically firmer and starchier. Some say that dividing bananas into dessert bananas and cooking bananas helps make the distinction clearer, with plantains being considered cooking bananas.  In other countries, specifically around Southeast Asia, many kinds of bananas are grown and these distinctions are not always helpful.

Banana plants aren’t only harvested for their fruit. Banana fibers are harvested from the pseudostems and leaves of the plant and have been used for textiles in Asia since the 13th century. Some of the coarsest fibers are used to create things such as table cloths while the softest are used to produce things such as kimonos. Banana fiber can also be used to produce banana paper. It can be made from the bark of the banana plant, or it can be made from the stem and non-usable fruits.

Bananas can benefit from primary size reducing, rotary drying, and milling. The ONIX Corporation has it in their ability to process numerous co-products to fit your company or industry needs. Our processing systems can handle numerous materials and co-products that you may not know what to do with. We have the ability to work with materials such as, but not limited to, apple pomace, citrus pomace, sludge, alfalfa, bagasse, coffee grounds, sawdust, bananas and much more. Our equipment is engineered to fit your specific needs. If you feel that The ONIX Corporation may be of assistance to you, please don’t hesitate to research more about our alternative fuel systems, including rotary drum dryers and material handling solutions. Whether dealing with the co-products of bananas is the solution you are looking for, or something else, it never hurts to give us a call to learn more. 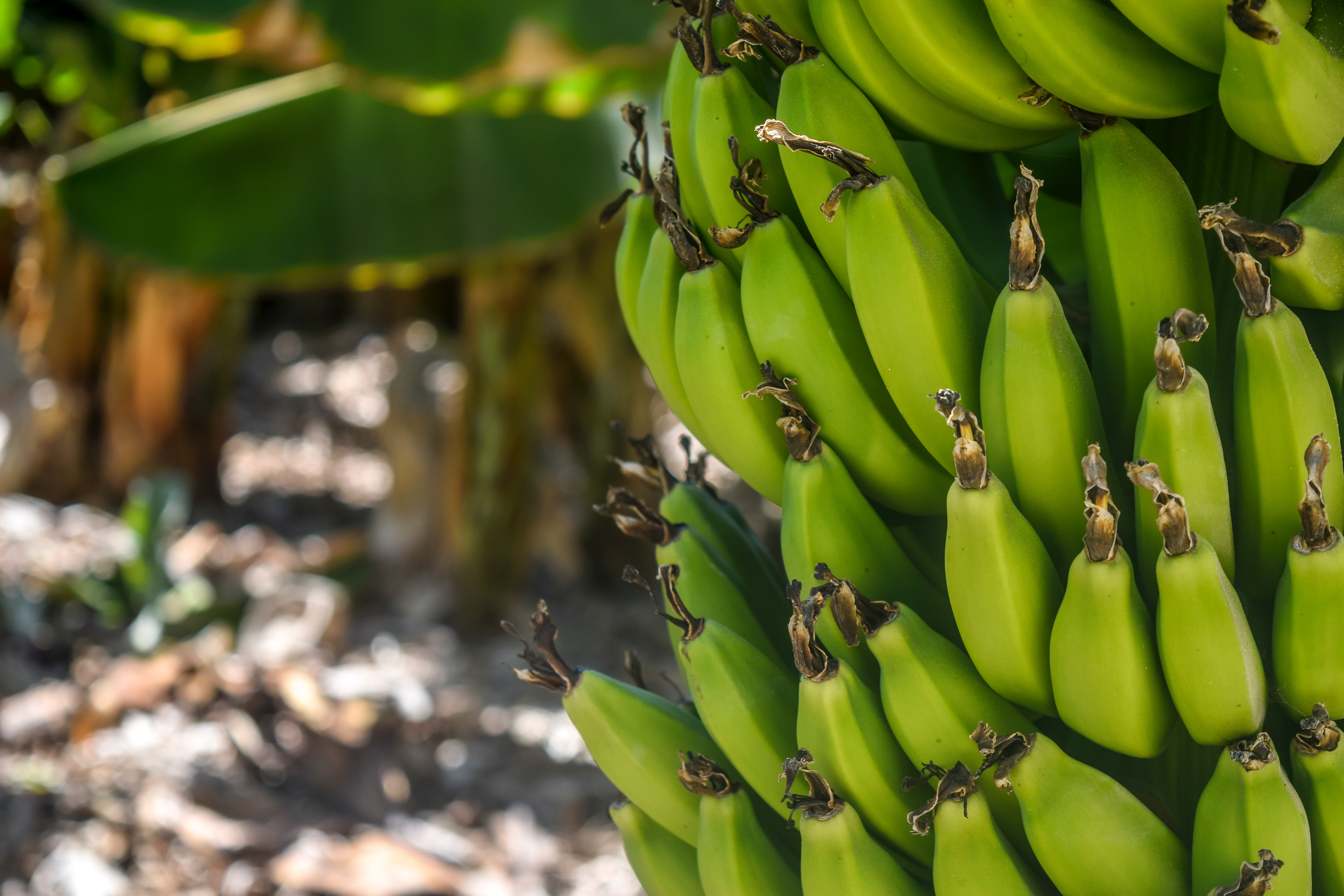 Learn more about our Rotary Drum Drying Systems and how they can help with processing bananas.